A homeowner in Matawan, New Jersey was experiencing water coming in through their basement. This can happen because of backfilled soil that is used to fill the hole around the home's foundation. Overtime, the soil settles and during heavy rainfall, the soil becomes saturated. This saturated soil puts weight on the foundation, causing hydrostatic pressure. During dry weather, the soil shrinks away from the foundation, leaving voids for the next rainfall to easily flow down into the basement. The homeowner was also experiencing their basement walls leaning in and bowing. This is also caused by backfilled soil where water could flow easily into the voids, exerting inward pressure on the foundation. Under stress, the foundation walls crack and bow in.

The homeowner contacted Quality 1st Basement Systems and our System Design Specialist, Greg Louis, was able to come up with a plan to fix their issue. He suggested they install a sump pump system, a French drain system, and to permanently stabilize the home's foundation. The Quality 1st Basement foremen installed the TripleSafe Sump Pump System which has three pumps in one sump liner that will effectively pump water out of the basement. This also has a battery operated back up pump that kicks in if the power goes out. The foremen installed the SaniDry Dehumidifier which will circulate air in the basement and keep it dry. The foremen also installed the WaterGuard Drainage System which is placed under the concrete slab and on top of the foundation footing. WaterGuard catches water and drains it to the sump pump. Lastly, the foremen installed the CarbonArmor System to permanently stabilize the foundation walls. CarbonArmor is a thin and narrow strap that is minimally invasive with maximum strength. 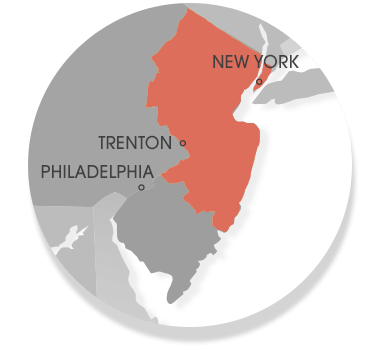