A homeowner living in the Cliffwood, NJ area was expereincing water and high mositure in the crawl space area of her home. Overtime a musty odor formed and there began to be signs of pests living in areas of the crawl space. With summer apporaching the homeowner knew that the crawl space needed to be encapsualted to prevent future damage to her crawl space and founadtion of the home. After recieveing a Quality 1st Basements coupon in the mail for a full crawl space encapsualtuon system, they decided to call for a free estimate. Upon inspection, System Design Specialist, Dan, noticed the dampness and how wet the foundation walls were. Crawling deeper into the crawl space he could see mositure on the support beams and smelt a musty odor.

Overall the crawl space was nasty and needed to be completely sealed off from the harsh outside elements that could cause serious damage. Dan recommended a full encapsulation system to keep the crawl space clean, dry and overall healthy! On the day of installation, Project Manager Victor Leon and his crew met with the homeowner and did a full walk through of what they would be doing inside the crawl space. Victor informed that he would notify them at the half way mark of the project and again towards the end to keep them updated on progress and if they had any questions or concerns to not hesitate to ask. The crew installed a heat barrier known as SilverGlo, to the walls of the crawl space to keep it warm in the cold winter months to prevent cold floors and frozen pipes. Next, a CleanSpace Vapor Barrier system was installed over the SilverGlo and on the floor to prevent future water leaks and moisture from getting through into the crawl space. Last a SmartSump pump with a built-in alarm system is installed to keep the crawl space dry! A back up battery was also installed in case of a power outage. Quality 1st Basements completely encapsulated the Cliffwood, NJ Crawl Space to create a healthier space for the homeowner. 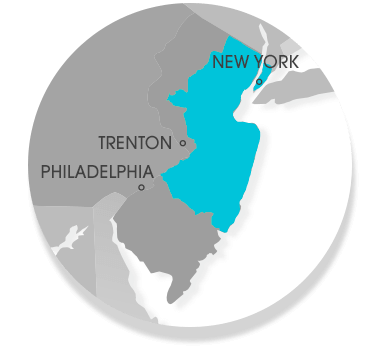